Catch Up! F is for Fort Pickens

Construction of a new home got underway next door this week, and when they were clearing the land they dug up our cable cord and severed it! So we've been without TV and internet all week. But we've got it back so we are playing catch-up in the A to Z Challenge now.

F is for Fort Pickens, Florida

Fort Pickens doesn't sound like it would be the location of one of the most beautiful beaches you'll ever see in the U.S., but it is! It's located at the end of a small island called Gulf Breeze, just over a bridge from Pensacola proper. Gulf Breeze itself is pretty cool - it's an upscale tourist town with hotels and restaurants and beautiful Pensacola Beach. It's small and reminds us of a Caribbean Island.

Fort Pickens campground is in Fort Pickens State Park. The campground has several sections, but all are across the street from the beach. It's just a matter of what size site you want - or really, what you can get because this is a very popular campground! We stayed here twice in two different sections, and both were good. The beach here is spectacular - the sand is snow-white, soft and thick - they even have to plow it off the road like snow. It's secluded and quiet. The water is the azure of the Caribbean. 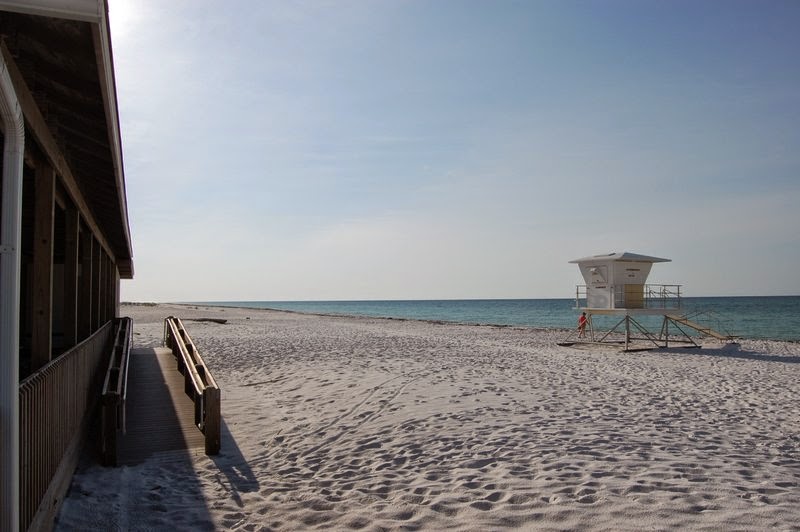 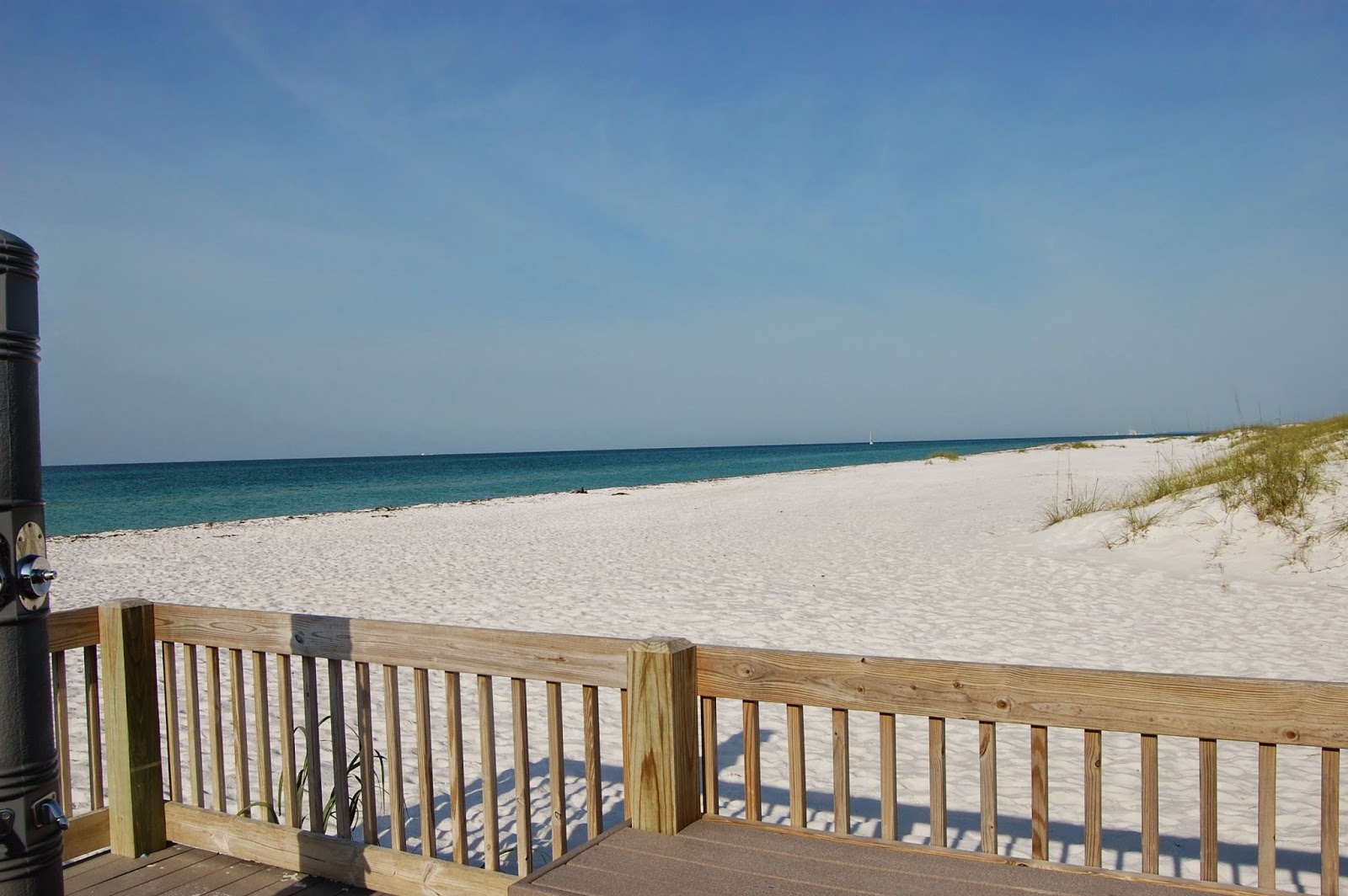 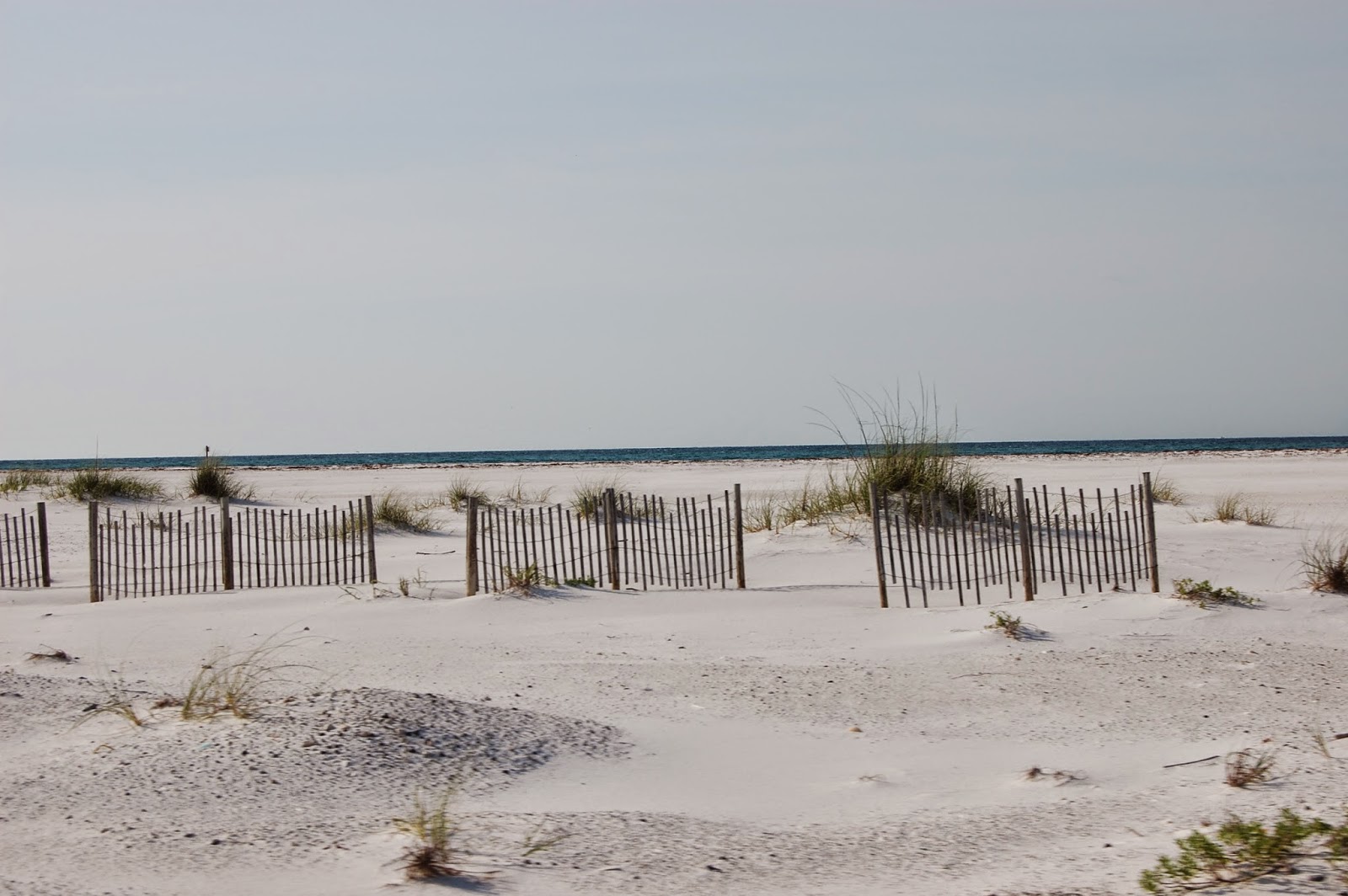 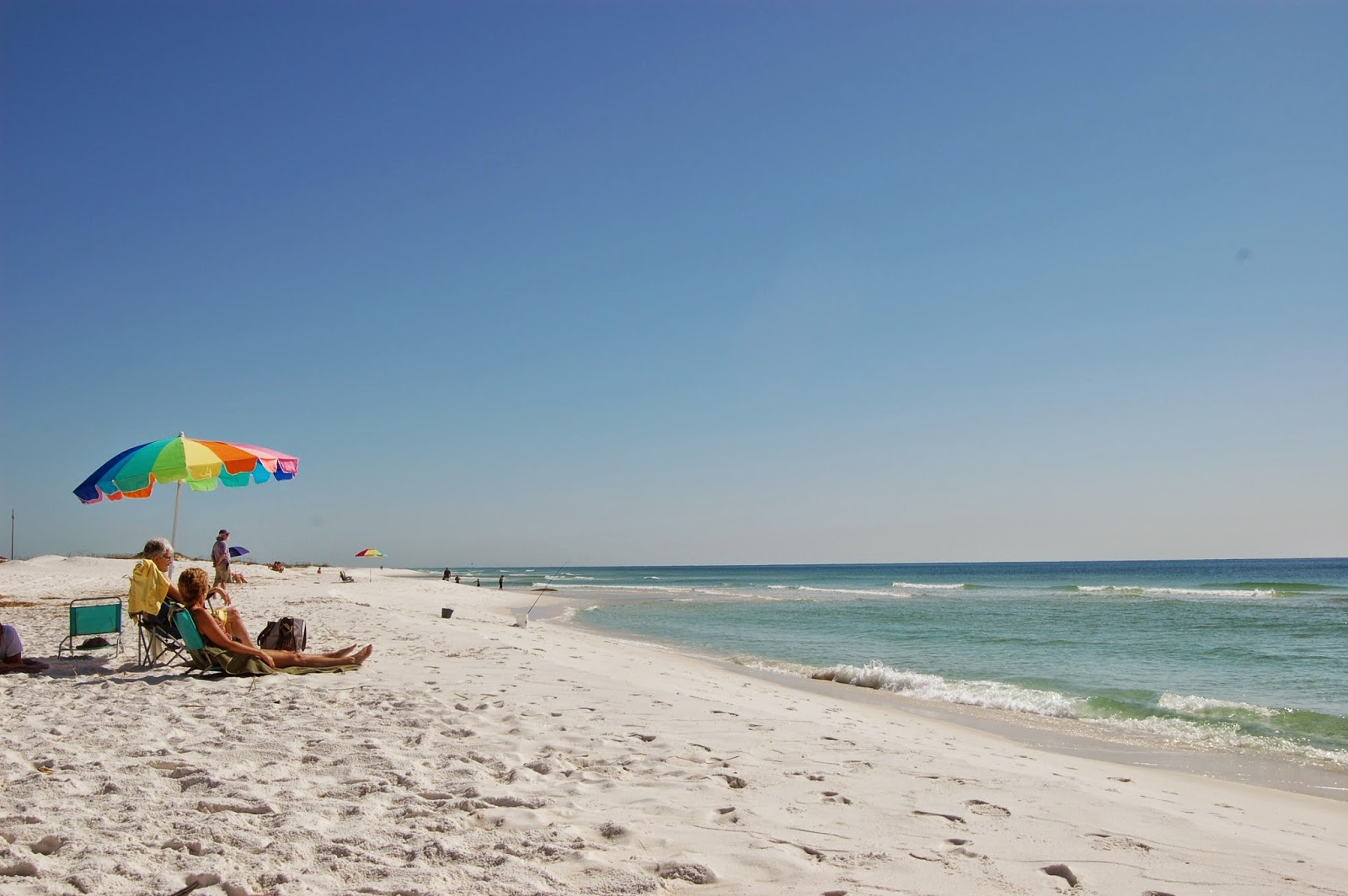 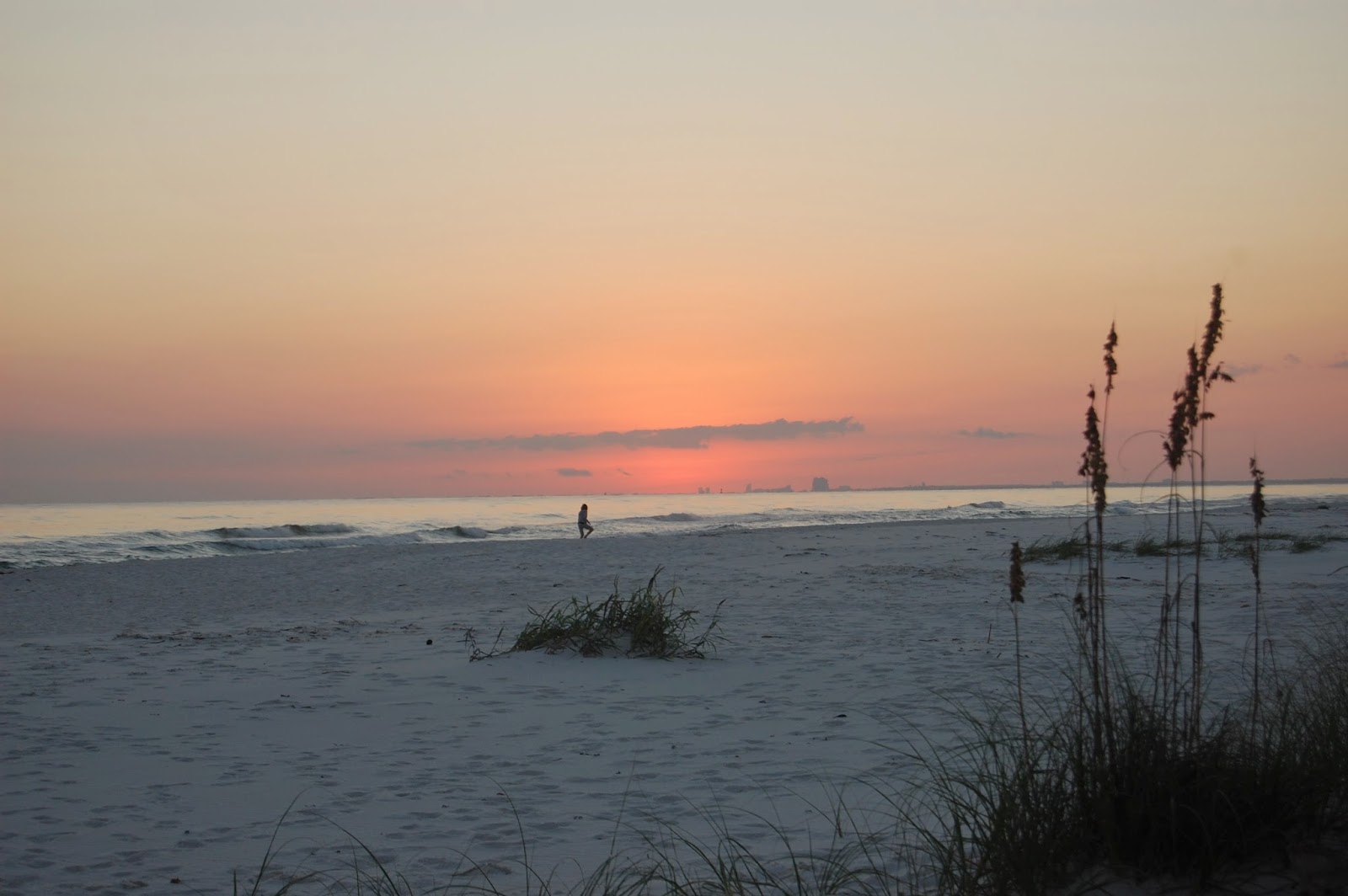 I could look at this beach all day.... See how gorgeous it is, and how you practically have it all to yourself????

State parks only allow a 14-day stay, so you'll definitely want to reserve ahead. The price is amazing - only $20 a night, but we only paid $10 because Dick has a National Parks Pass and this campground is also part of the National Park system.

So For $10 a night, we stayed at one of the loveliest beaches we've ever seen and could take just a short drive into Gulf Breeze for Lobster Mac N Cheese at the Crab House, $1 fish tacos at Hemingways, and another short jaunt into Pensacola to the Naval Air Base where they have a museum that is terrific. One of the planes there is one that President George Bush 41 flew in WWII - and he crashed into the ocean. It was later found and identified and brought to the museum. 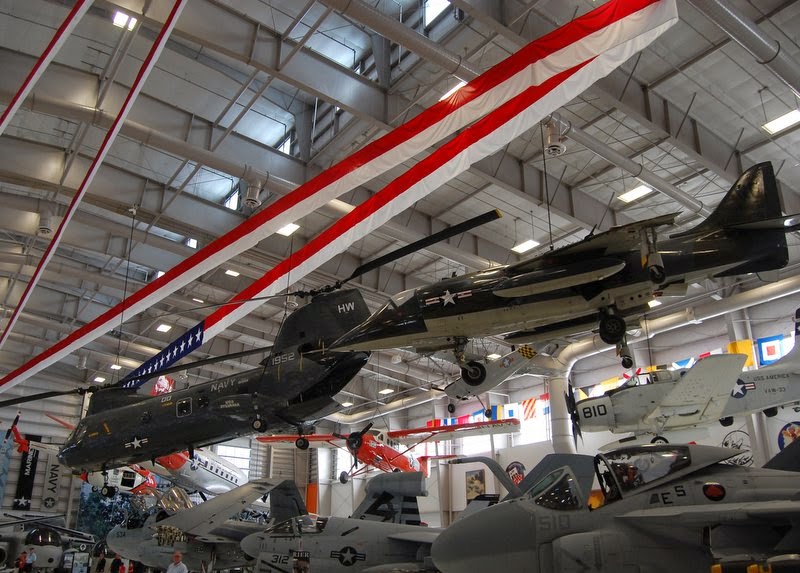 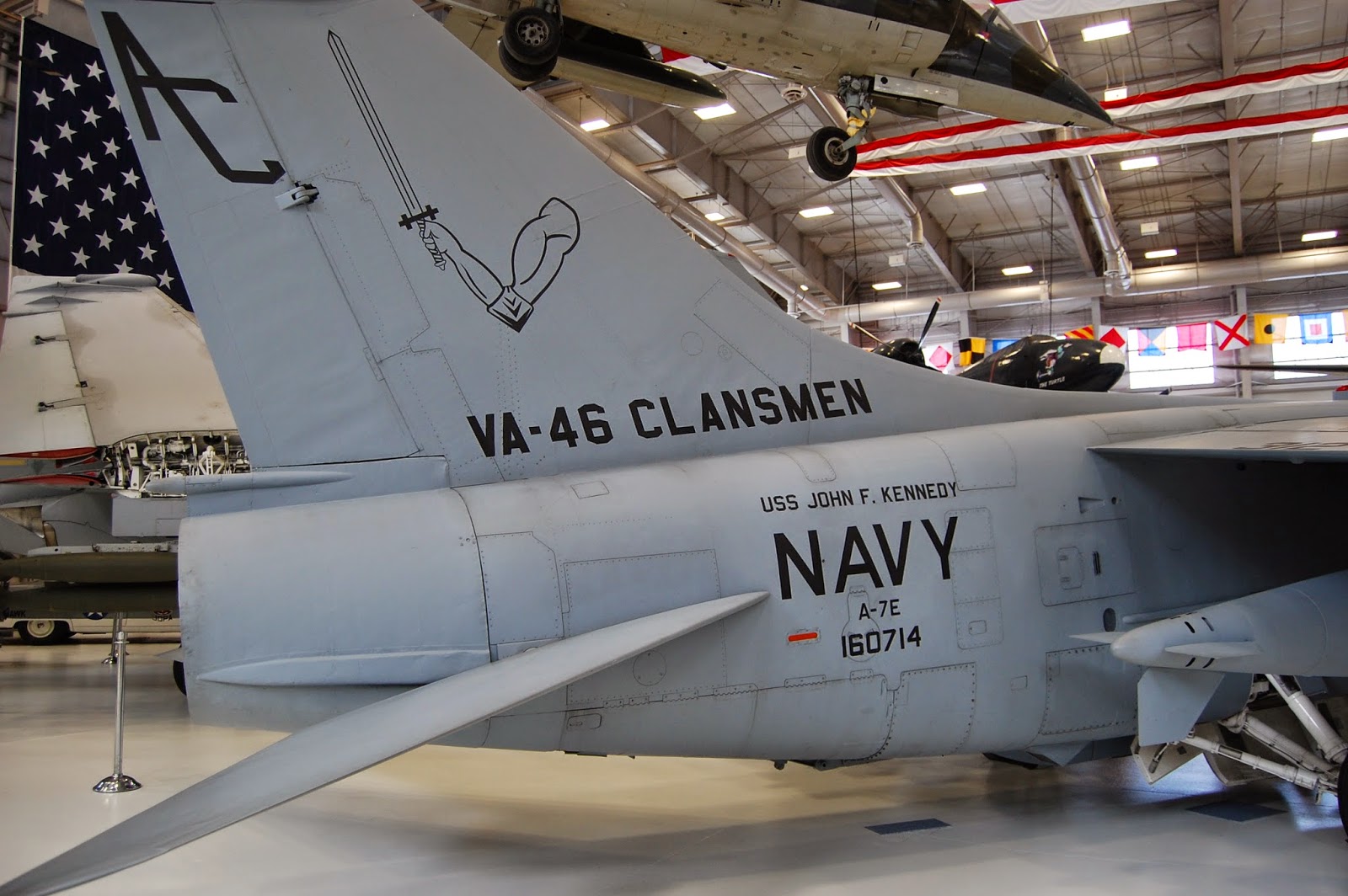 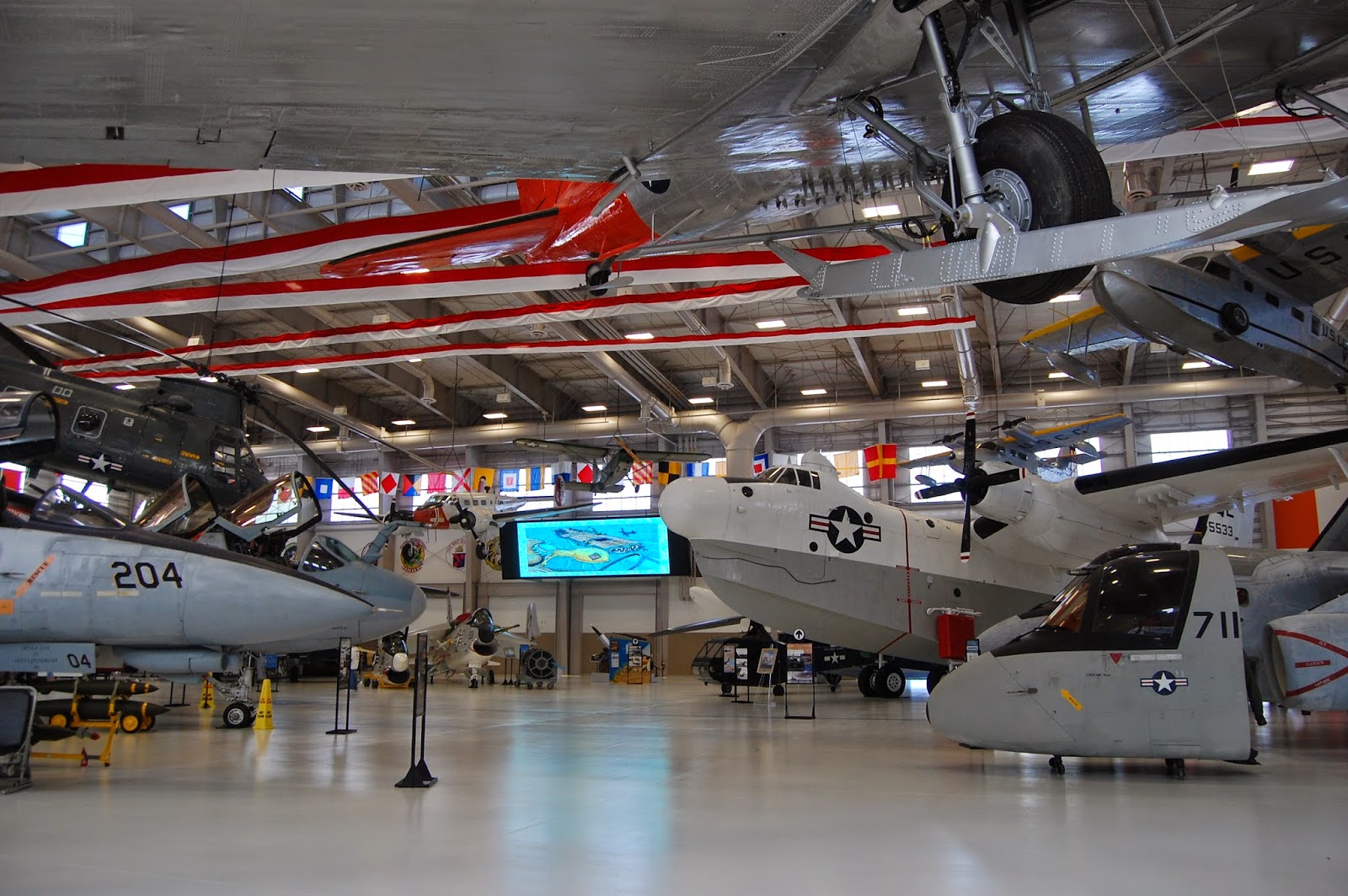 Oh and one more thing! The Naval Air Base is home to the Blue Angels - you know the folks who do those spectacular air shows. Every morning they flew practice maneuvers over the campground and gave us a free show.

And when we went to the air base, they let Melissa fly the plane one day:

Just kidding! She's just sitting in one of their planes in the museum.

Posted by Melissa Ann Goodwin at 7:51 AM