L is for Lunenberg

We spent a wonderful month in Nova Scotia at a campground in Hubbard's Cove, just south of Halifax. This location is excellent for exploring this part of the province, which is dotted with charming villages - each unique and offering something different and delightful. Nova Scotia is so beautiful and we highly highly highly (that's three highly's - now the word highly looks weird, doesn't it?) recommend it as a place to explore.

One of those villages is the port of Lunenberg, which is located on the western side of beautiful Mahone Bay. Lunenberg is built on a rather steep hill. There are many shops and galleries and several nice restaurants. It is also home to a very famous racing schooner called the Bluenose II.

The original Bluenose was built in 1921. It foundered off the coast of Haiti in 1946. In 1963, construction on the Bluenose II began. Many who worked on it had also built the original. The ship was gifted to the government of Nova Scotia and is considered the province's "sailing ambassador."

Here are some pictures of Lunenberg:


The Bluenose II at dock 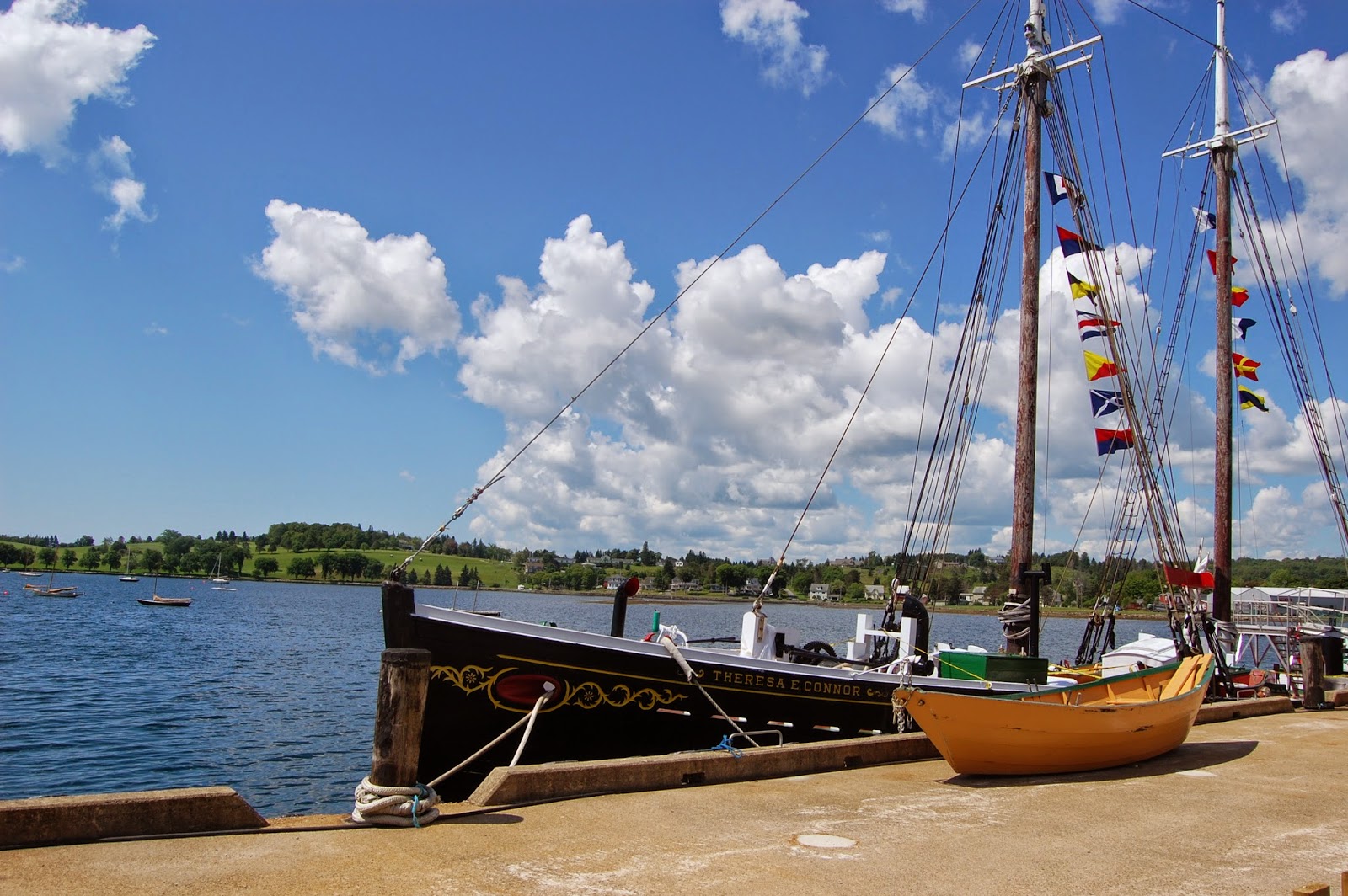 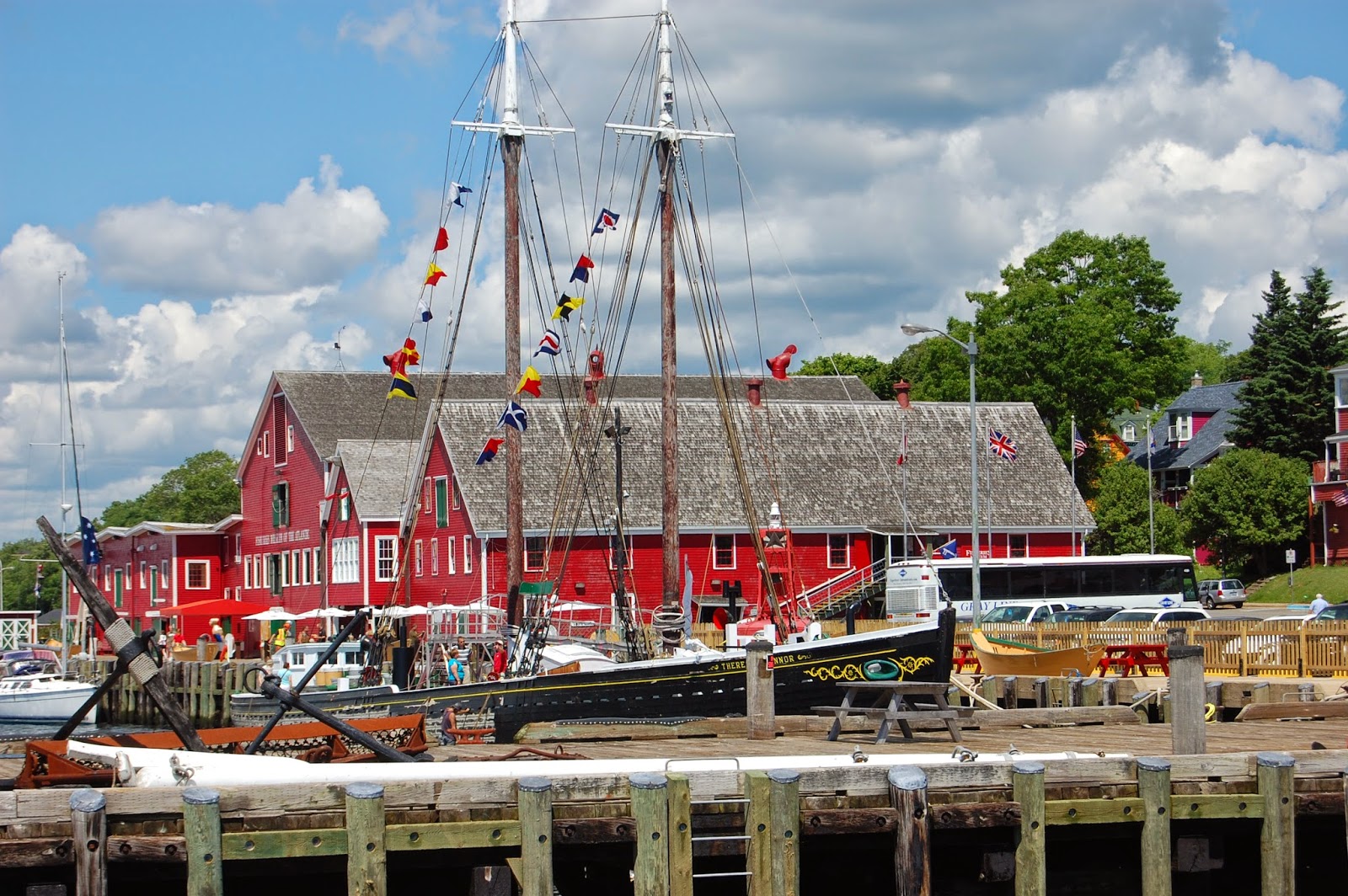 The town as seen from the wharf 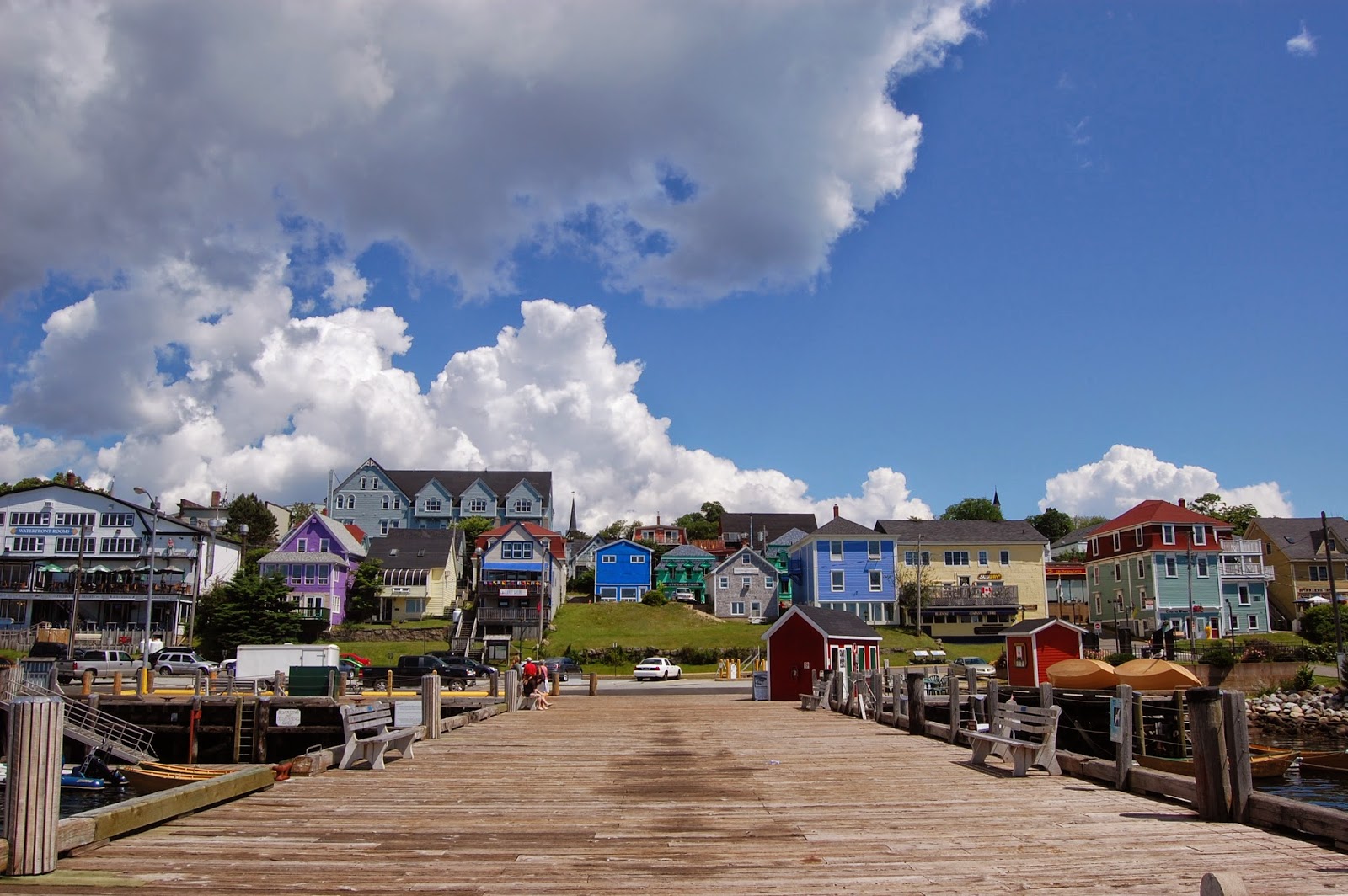 Going up the hill - shops, galleries and restuarants 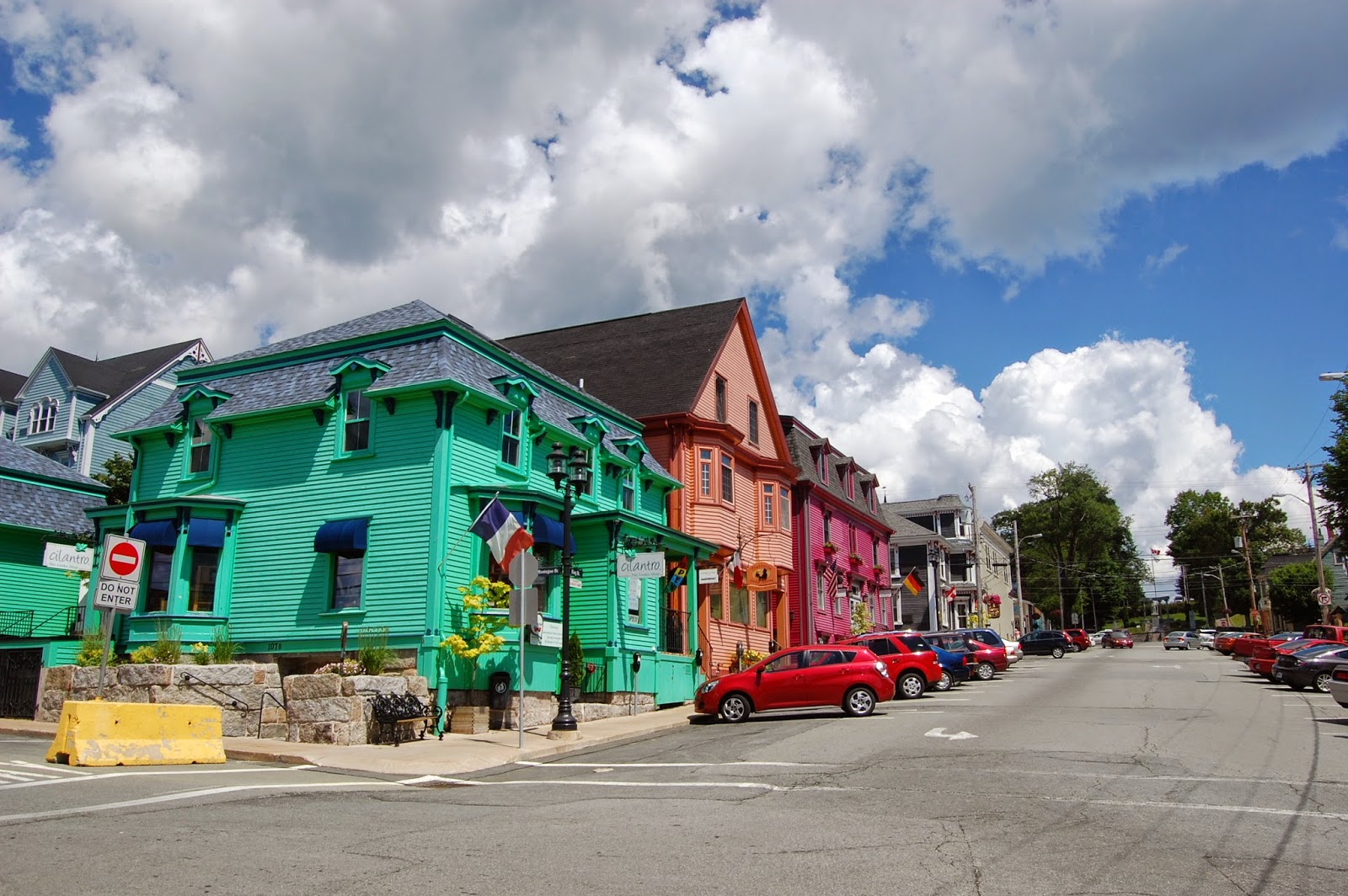 Posted by Melissa Ann Goodwin at 7:15 AM